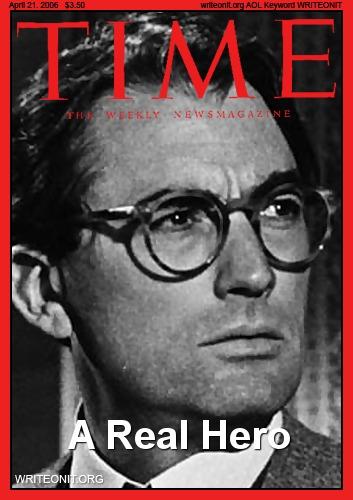 I’d say most of you have read the book or watched the movie, “To Kill a Mockingbird”. In the story Atticus Finch is a country lawyer. He is an integral part of his small town. He is well-respected and known as a fair-minded man. He is not rich or famous but he lives by a code. He is an honest lawyer. Even today, many lawyers will tell you that they became a lawyer because they were inspired by Atticus Finch.

You might be in search of an Atticus Finch and think that this sort of lawyer no longer exists, but you would be wrong. I have met many Atticus Finch’s in my life. Their names might be Sallie or Dale or Kathy but they are the heart of their communities. They draw wills, and accept criminal appointments and serve on the school board. They go to municipal court and sit on the zoning board. They often become judges and then try to pass on the code to young lawyers.

I get most of my cases from others lawyers, so I have had the privilege of meeting so many good ones. Do you know an Atticus Finch?