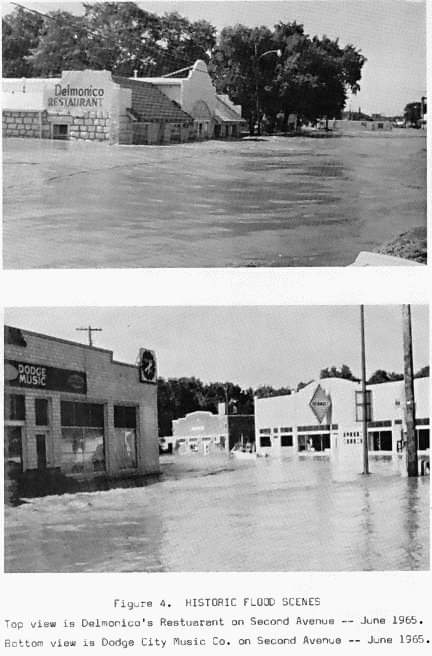 This year Dodge City celebrates its 150th birthday. 150 years of buffalo, gunfighters, and the rise of the cattle trade. Irrigation, feedlots, meat packing, dairies and now a cheese plant. Dodge City now has over 27,000 residents and is a testament to entrepreneurship and diversity.

In my memory, however, what sticks out in the history of Dodge City is the flood of 1965. Today, when you drive over the 2nd street bridge that spans the Arkansas River the river below is dry. It has been dry for decades. In June 1965, the river left its banks and flooded much of South Dodge. At its crest, the flood waters were 7 feet deep and left trash, mud, and destruction when the water receded. Total urban losses in Dodge City were estimated at nearly 3.8 million dollars, including damages to 615 residences and 155 businesses.

Dodge City has a great future. In that future, I would like to think that the Arkansas River can flow again.